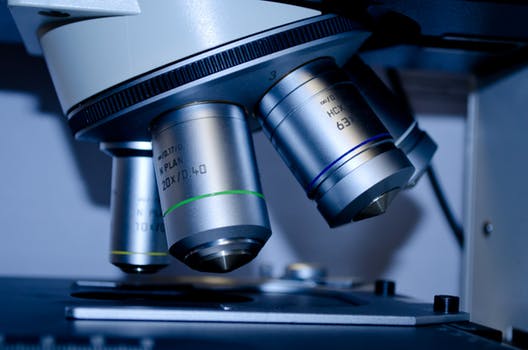 Stanford University scientists recently published some exciting cancer research. Using new technologies to study the genetic makeup of cancer cells, the Stanford scientists were able to complete their study in a fraction of the time it would have taken using older techniques. At the same time, the new processes increased the accuracy of the results.

The Stanford cancer research was conducted on lab mice with lung cancer tumors. The result of this study could have a big impact on mesothelioma immunotherapy and other mesothelioma treatments. While this research is still in the lab and far from the clinical trials that lead to new cancer drugs, the pace at which scientists are discovering new cancer therapies has increased. New mesothelioma treatments could arrive within years rather than decades, as a result of techniques used in this cancer research and other recent scientific breakthroughs

CRISPR (or, more properly, CRISPR-Cas9) is a tool that scientists can use to cut and paste DNA sequences. This allows them to edit the genetic makeup of a single cell, quickly and accurately. CRISPR has a broad application: it’s been used for everything from creating new crop strains to breeding a strain of mosquitos that can’t transmit malaria. Scientists even used gene-editing (with a different technique that’s similar to CRISPR) to cure a patient with a severe form of childhood leukemia by inserting T-cells that had been modified to attack her cancer while ignoring her healthy tissue.

This gene-editing technology is extremely useful to scientists, especially those in search of medical breakthroughs. That’s why the Stanford team, led by geneticist Monte Winslow, turned to CRISPR-Cas9 when they set out to map the genetic mutations in different types of lung cancer tumors.

In the not-too-distant past, this cancer research would have taken years to complete. The scientists would have needed thousands of mice, specially bred with different types of genes for overriding the body’s tumor suppression safety valve.

Instead, the Stanford cancer research team used CRISPR-Cas9 to modify the genetics of several lung cancer tumors in a single mouse. In just a few months, with only about 20 lab mice, the researchers were able to draw a genetic map of dozens of different genetic mutations in lung cancer cells.

CRISPR-Cas9 technology was only one of the cutting-edge elements that set this Stanford cancer research apart. Even with CRISPR, the scientists still faced the daunting task of removing and analyzing the individual tumors they had grown in the mice.

That’s where Stanford evolutionary biologist Dmitri Petrov came in. Petrov, in partnership with Daniel Fisher, a physicist at Stanford, and Gavin Sherlock, a geneticist, has developed a method to essentially place barcodes inside cells to study their evolution.

The technique involves placing a small segment of DNA with a unique signature into a cell. The DNA “barcode” is inherited by the cell’s offspring, so researchers can tell which cells are in the same genetic line.

This was truly revolutionary for the lung cancer research project. Instead of laboriously picking out individual tumors and trying to quantify the size of each cancerous growth, the Stanford researchers were able to use DNA barcodes to mark each tumor. This allowed them to grind the cells together and use DNA sequencing tools to determine the number of cells with the DNA barcode for each type of tumor. This gave their data more accuracy because they could precisely measure the size of each tumor.

Time is of the essence when it comes to cancer research. The prevalence of cancer is increasing. There is an urgency to find treatments for cancers such as mesothelioma, which currently has no cure. Recent breakthroughs in immunotherapy promise to provide some of the answers that cancer researchers and patients are seeking, but immunotherapy treatment for mesothelioma, and other cancers, is not yet consistently effective.

One of the factors that holds back the immunotherapy revolution in cancer treatment is that each immunotherapy drug targets a specific genetic mutation. Most cancerous tumors are the end product of multiple mutations. Given this complexity, scientists conducting cancer research have struggled to understand the reasons why an immunotherapy drug might help one patient tremendously and have no effect on another.

The gene-mapping cancer research conducted by the Stanford scientists could provide a doorway into greater understanding of the genome of human cancers. This understanding is essential for doctors to be able to effectively target immunotherapy treatments.

The Stanford study has already added at least one important piece to the cancer puzzle. Cancer cells contain genes that allow them to turn off the immune system’s normal mechanisms to find and kill off cells that are damaged or behaving erratically. The study found that some of these sneaky genes don’t turn on unless another specific gene is present. If that facilitator gene is missing, the cancer grows more slowly.

The Stanford cancer research provides another layer of information about the complex web of factors that causes cancer cells to develop, grow, and metastasize, and what doctors can do to prevent the growth and spread of cancerous tumors. Now that these scientists have developed a ground-breaking technique to find answers about cancer more quickly, the pace of cancer research may accelerate even more quickly.

Of course, nothing will replace the need for human clinical trials before any new treatment becomes widely available. The laboratory phase of cancer research allows scientists to develop a high degree of probability that a new medicine will be safe and effective. While mice are good stand-ins at the early stages of medical research, the only way to truly determine if a treatment works on humans is to test it on humans.

Clinical trials help researchers determine safe applications of new treatments and determine whether a cure that looks promising in the lab is actually effective in humans.