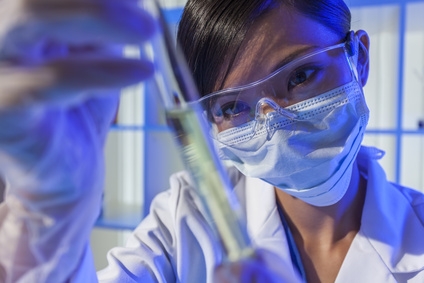 A research team that included scientists from the University of California San Francisco (UCSF) recently announced a major breakthrough in immunotherapy gene editing. UCSF is one of the top medical schools in the country and is an important resource for mesothelioma patients because the UCSF Medical Center’s Thoracic Oncology Program includes specialists in malignant mesothelioma.

Scientists are working on cancer treatments that leverage the human immune system in a number of ways. Treatments that involve immunotherapy gene editing have moved forward slowly, because this type of therapy was time consuming and expensive. The recently announced immunotherapy gene editing research could change all that. What follows might be a big leap forward in the treatment of numerous diseases, including mesothelioma.

What Is Mesothelioma Immunotherapy?

Before describing the new immunotherapy gene editing study, it’s helpful to consider what the term “immunotherapy” means and how mesothelioma immunotherapy helps attack this rare form of cancer.

The human immune system is more powerful than any chemotherapy drug at killing foreign invaders, viruses, and rogue cancer cells. To survive, cancerous tumors hijack your natural immune defenses and use them to flip the “off” switch on your body’s immune response.

Mesothelioma immunotherapy drugs, such as Keytruda, Opdivo, and Yervoy, down-regulate or suppress proteins that cancer cells use to hide from your immune response. These so-called checkpoint inhibitors unmask the cancer and stimulate your immune system to go on the attack.

At the same time, researchers are pursuing other ways to help enlist the human immune system into the fight against cancer. Because immune system cells, especially T cells, can target just the cancerous cells, immunotherapy treatments may have fewer side effects and be more effective at removing all cancerous cells, even after they have spread or metastasized to other parts of the body.

The latest immunotherapy gene editing study looked at one of these alternate approaches. Gene editing allows doctors to create a therapy that hones in on the specific mutations of an individual patient’s cancer cells. The benefit of this type of personalized medicine is that it is quite targeted and (researchers hope) more likely to be effective. The down side is that personalized therapies are very expensive and can be time-consuming to create. This immunotherapy gene editing study could revolutionize personalized immunotherapy because, if it proves successful in human trials, it will reduce the time it takes to create treatments and, ultimately, lower the cost.

Immunotherapy gene editing is not new. As Mesothelioma Circle recently reported, one patient with inoperable Stage 4 breast cancer that had metastasized throughout her body experienced an amazing recovery. After she enrolled in an immunotherapy gene editing clinical trial, researchers removed some of her immune system’s T cells, modified them to recognize and attack her cancer, grew billions of these modified T cells, and then reinjected them into her body. Her tumors shrank then disappeared; this patient with advanced, terminal cancer is now in remission.

That patient’s success story was due to a monumental effort in the lab. Researchers used viruses to inject modified DNA into her T cells. Viruses are effective DNA delivery systems, but they have significant drawbacks. It can take months to create the virus needed to serve as a vector for a specific patient’s cancer fighting cells. In addition, viruses insert the DNA haphazardly; scientists can’t control where in the T cell the replacement DNA is injected.

In this recent immunotherapy gene editing study, scientists tried something new. They used a burst of electrical current to relax the membrane that protects the cell from foreign invaders. While the shock loosened the cell wall, researchers used CRISPR-Cas9 technology to cut the T cell’s DNA and splice in a new sequence that would activate its ability to seek and identify cancer cells.

CRISPR-Cas9 is the molecular equivalent of a pair of scissors: it cuts apart a DNA strand then removes or inserts DNA code. CRISPR-Cas9 is limited to inserting small segments of new DNA. With the electric shock technique developed in this immunotherapy gene editing study, researchers were able to use CRISPR-Cas9 to insert much larger segments of DNA.

This new immunotherapy gene editing technique is much more accurate than using a virus to deliver the DNA edits because scientists can place the replacement DNA at a precise point in the DNA of the T cell. It’s also much quicker, because it doesn’t require the development of a new virus. It could reduce the time needed to create personalized T cells to attack a specific cancer from months down to a couple of weeks.

The scientific community has hailed this research as a major breakthrough. For patients with rare forms of cancer such as mesothelioma, this potential advance in cancer treatment is exciting news.

Many Diseases Can Benefit from Immunotherapy Gene Editing

The scientists who conducted this immunotherapy gene editing research studied the response of their edited T cells in the petri dish and got positive results. They also put human melanoma cells in mice and created modified T cells to hone in on the melanoma. The T cells did what they were programmed to do and eradicated the melanoma in the mice.

This technique has not yet been tried on human subjects, but it could have far-reaching implications for human health. Already, the researchers have created modified T cells to replace the mutated T cells that have caused an autoimmune disorder in three siblings. The scientists are waiting on approval from the FDA to administer the gene edited immune cells to these young people. If it works, it could be a far better treatment for their disorder than the current treatment, a bone marrow replacement.

Researchers suggest that clinical trials on humans will be coming, perhaps as soon as a year from now. In addition to the treatment of rare cancers such as mesothelioma, immunotherapy gene editing has the potential to cure HIV (which damages T cells). Other autoimmune diseases such as rheumatoid arthritis and lupus could also benefit from this breakthrough in medical technology.

What Could Immunotherapy Gene Editing Mean for Mesothelioma Patients?