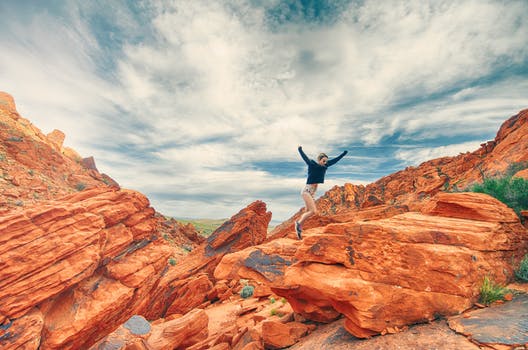 Scientists are known for being cautious. They validate their results before going public with their research. They are wary of making promises they can’t keep. So you know that, when Laszlo G. Radvanyi of the Ontario Institute for Cancer Research calls immunotherapy clinical trial results “unprecedented” and states that this may lead to a “revolution” in cancer treatment, the research has found something big.

The immunotherapy clinical trial results that got Dr. Radvanyi excited were for just one patient. Her recovery from late-stage metastatic breast cancer was so dramatic that researchers from the National Cancer Institute published an account of her recovery in Nature Medicine.

Their article, “Immune recognition of somatic mutations leading to complete durable regression in metastatic breast cancer,” told the amazing story of Judy Perkins, a patient whose breast cancer returned 10 years after her first diagnosis, and with a vengeance.

After chemo failed her, Perkins knew that an immunotherapy clinical trial was her only hope – and a slim one. She realized that, even if she was able to enroll in a study, her chances of survival were low.

Judy Perkins has been declared cancer-free. She felt so good recently that she went on a 1,200-mile kayak race. Her story has electrified the cancer community.

Judy Perkins was just 38 years old when she received her first cancer diagnosis. Her breast cancer was at Stage 0 or precancerous. She had surgery and then went on with her life, happy that early detection had kept the tumor from developing into cancer.

When she later discovered a lump near where her left breast had been before her mastectomy, the news was bad: far from being cured, her breast cancer had metastasized, quietly advancing to Stage IV by the time she found the lump, at age 47.

Perkins was told she had three years to live. She started chemotherapy and hormone therapy, hoping for some relief, and took bucket-list trips with her family. Meanwhile, tumors grew on her liver and under her ribcage. Eventually, one tumor pressed on a nerve in her chest with such force that she was in nearly constant pain.

Two years after her terminal diagnosis, Judy Perkins crept through each day, barely able to function, preparing for the end she thought was inevitable and imminent. She had only one hope left: an immunotherapy clinical trial that she had found and enrolled in, conducted by the National Cancer Institute (NCI).

The immunotherapy clinical trial extracted tumor-infiltrating lymphocytes (TILs), a type of white blood cell that fights tumors, from Perkins. The NCI researchers grew more TILs in the lab – as many as 90 billion of them.

The scientists didn’t grow just any TILs. They chose the cells that were most finely-tuned to fight her tumors. Then they reinjected this immune fighting force back into her body and waited to see the result.

At first, the immunotherapy clinical trial wore Perkins out. She had to deal with pain, exhaustion, and other unpleasant side effects. But something else was happening with her body, too. The nerve pain started to ease; the tumor that pressed on it was shrinking. Within a few weeks, the pain disappeared.

A tumor that had become visible, sticking out of her chest, also receded. She went off pain medication. Within a short time, the tumors disappeared completely. The TILs in her system had not only attacked her cancer; they had multiplied, providing her with a targeted immune response that eradicated her tumors in a way conventional treatment could not.

Between the start of the immunotherapy clinical trial until after treatment, Judy Perkins went from the struggle of end-stage cancer to a new lease on life. It took her some time to regain the strength she had before cancer knocked her off her feet, but she’s now back out hiking and doing the activities she has always loved, thanks to an immunotherapy clinical trial with results that are nothing short of a miracle.

What Does this Immunotherapy Clinical Trial Mean for Mesothelioma Patients?

The TIL immunotherapy that cured Perkins’ metastatic breast cancer has also been used successfully on patients with metastatic cancer that originated in the colon, cervix, and bile ducts. But Steven A. Rosenberg, a lead NCI researcher on this immunotherapy clinical trial, told Forbes that he thinks this technique has the potential to help any kind of advanced cancer. That is promising news for mesothelioma patients.

This study shows that cancers with multiple mutations may be good candidates for certain types of immunotherapy. Since mesothelioma typically stems from several genetic mutations, this could be a positive sign for future mesothelioma treatment.

When cancer metastasizes, the mutated cells migrate from the site of the original tumor and form new tumors in other parts of the body. Metastatic cancer is much harder to treat than cancer confined to the site of the original tumor. Many mesothelioma treatments focus on containment to prevent metastases and increase the survival time of patients.

This study does come with some caveats. While Perkins’ recovery was dramatic, two other patients whom she referred to the immunotherapy clinical trial did not survive. Checkpoint inhibitor immunotherapy drugs like Keytruda and Opdivo provide dramatic results for some cancer patients, including some mesothelioma patients, but many patients do not yet get relief from these treatments.

In addition, TIL treatment is complicated and expensive. Not all treatment facilities currently have the ability to provide the kind of genetic sequencing required and the cost of the treatment is high.

Scientists have expressed optimism that this type of immunotherapy treatment will soon become more available, as technology and science advance. Just a few years ago, we didn’t have the tools to easily sequence DNA and RNA. As genetic sequencing speeds up, treatment of cancer mutations at the cellular level through immunotherapy becomes ever more possible. Targeted, individual treatments like the TIL therapy given to Judy Perkins may soon become attainable for a wider range of cancer patients, including mesothelioma patients.

There are numerous mesothelioma immunotherapy clinical trials underway. You can help advance scientific knowledge by joining one. You also have the chance to become the next mesothelioma success story.

To find out if there’s a mesothelioma clinical trial that’s right for you, please contact us using the phone number, form or live chat widget on this page.